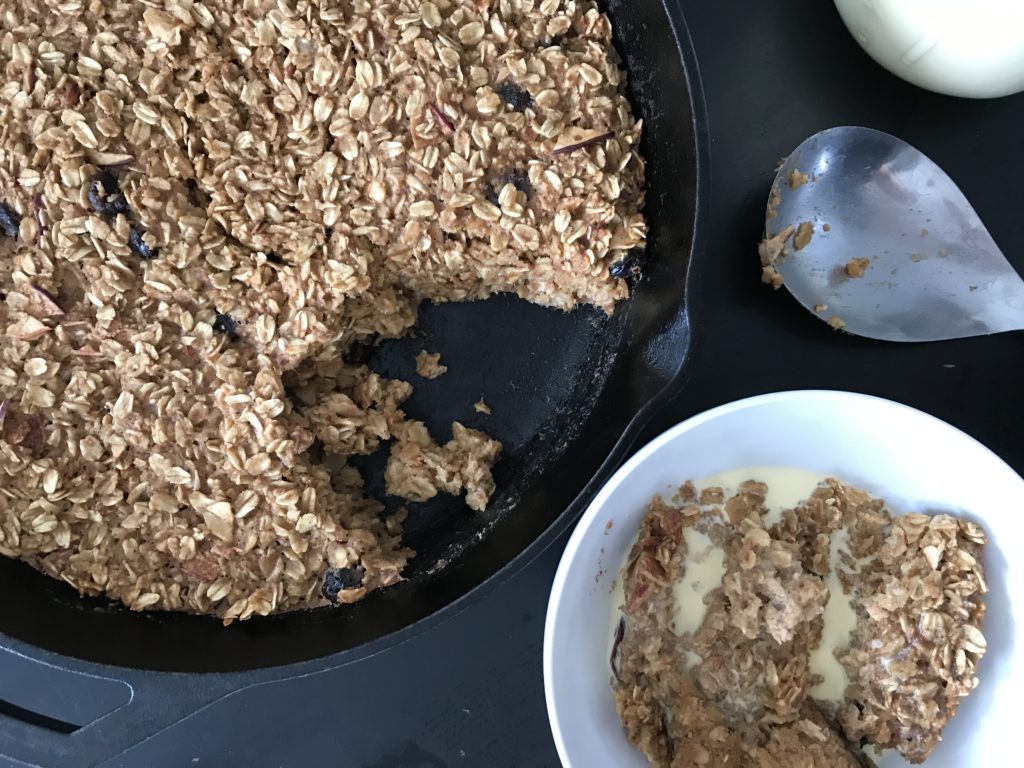 Hot cereal is a staple around these parts. We always have an abundance of fresh cream and there’s just nothing quite like a bowl of hot cereal doused in thick sweet cream to stick to your ribs and see you through the morning’s chores.

Oatmeal is a clear go-to for hot cereal and though it’s simple (and fast!) to make on the stovetop, we really love it baked.  We eat hot cereal at least four times a week and so this version has had a lot of testing! This Baked Apple Oatmeal is the kids’ favorite: it’s easy enough for them to put together on their own and bakes in the oven while they head out to do their morning chores.

With applesauce and all the traditional apple pie spices, along with tasty mix-ins like dehydrated apple chips and cranberries, this baked oatmeal makes everyone happy. 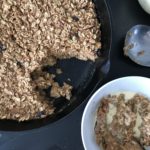 Easy to whip together and bursting with apple deliciousness, this stick-to-your-ribs oatmeal will fuel you and your crew well through morning chores.
Prep Time10 mins
Cook Time35 mins
Course: Breakfast
Cuisine: American
Servings: 6

*I like to use the whole gamut of apple pie spices (cinnamon, nutmeg, cloves, and ginger). Sometimes I'll make a chai version by adding black pepper, and cardamom. But you could just as easily use only cinnamon and still have great results! *Feel free to experiment with other mix-ins. We use apple chips because we dehydrate bushels of them in the fall and almost always have them on hand. Raisins are another good option, as well as coconut, chopped pecans, walnuts, or almonds, and even chocolate chips. *We love to serve this Baked Apple Oatmeal with a generous drizzle of heavy cream and a tall glass of cold milk.